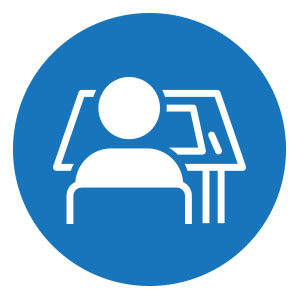 If I asked you a question – what does WIR or B13 or SD stand for? Would you know?

Hi, I’m Mitch from Next Gen Building and over the next couple of minutes were going to have a chat about the third tool that we have in our Communication toolbox – understanding the language that the Tradesman use in your Building Project.

Just going back to my introduction, where I asked if you knew what the abbreviations meant?

The language used in the Building Trade is predominantly a drawn language, meaning we would have a set of plans that we read from and a lot of the language is in a drawing format.

Because of this it is really crucial that you have a good set of plans. Plans that communicate what your ideas and intentions are for the Project. Plans drawn up from a Professional Consultant or Professional Service will be written in an Industry Standardised Language that most Tradesmen will know how to decipher.

A set of plans will have so many different terms that Tradesmen use, so when talking with the Tradesman or chosen Team and you hear a term that you’re not sure about – don’t be afraid to ask. There’s nothing more frustrating for not only the Builder but also yourself  when you think “Gee, I should really know what that means” or “I sorta know what he’s saying” – Just ask! Because nine times out of ten the people that you’re talking to will be more than happy to explain what they mean or explain a certain term that you may have read on a plan.

Probably the most important thing a set of Plans drawn up from a Professional Consultation or Professional Service is when you are putting your Project out to Tender or getting some quotes and things like that, having a set of plans that you can issue to the Companies or the Personnel you are requesting the quotes from, because you have it all written there it’s consistent to whoever you’re pushing it out to, what it does is it removes all your variables, your unknowns and more importantly it removes all the issues surrounding unknown variations or surprises along the way.

It’s one thing when you can say “Righto Builder A: (if it’s done verbally) we want it done x, y and z way” but Builder B might say “Well don’t do it that way I can suggest this different way” and therefore you’ve immediately got two conflicting prices and they’re not apples for apples.

Anther thing it does, and this is probably the point I want to ram home, is when you remove all the issues surrounding assumptions for example. You close the door to variations because you know the people that are quoting can’t come back at you and say “we didn’t know”.

That’s why it’s just so critical that you put the time and effort into getting those plans done up front.

A lot of Construction or Building Companies will even offer a service that they will develop those plans for you in the Industry Standardised Language that it needs to be in and then those plans can be broken apart depending on the Project whether it needs to be tailored for an Electrical Company to quote on, tailored for a Plumbing quote, structural, architectural, cabinetmaking, etc.

As you can see there’s quite a bit that goes into a really good set of plans and that’s why it’s so critical that you spend the time upfront before you start your Project getting them right.

If you notice anything on the plans that you don’t understand, jump online and just Google it or a website that you might visit is www.yourbuilding.org – there’s a page there that shows a big list (I think it’s in PDF format) that shows you the abbreviation and a meaning.

That’s about it guys, thanks for listening.

I’m Mitch from Next Gen and as always, if you have any questions bang a comment in the box below. I’ll get back to you as soon as I can and we’ll talk about Video four next week.

So look out for that and that’s it, bye for now.